Popular International Celebrity Chef Business Contracts Tom is the organizer of a food and wine festival in Wellington.

For some months Tom has been advertising that the popular international celebrity chef, Padma, will be speaking at the festival. However, advance ticket sales are disappointing, and, on the morning of the festival, he asks Padma if she will agree to reduce her fee. Padma is insulted at this suggestion and says that, unless Tom pays her full fee and apologizes, she will not attend the festival at all. He refuses to do this so Padma leaves on the next flight out of Wellington.

Tom rearranges the festival programme and it goes ahead without Padma. However, 500 members of the ìPadma Appreciation Society who purchased tickets online months in advance of the festival and came to it solely to see Padma speak, are very angry and demand a full refund.

Tom believes he is not obliged to offer any refunds. He says that the terms and conditions of entry to the festival were clearly displayed on large posters at the entry gates to the festival and they included the following contractual term:

The organizer will take reasonable steps to ensure that the events in the festival programme run as advertised. However, tickets are sold subject to the organiser’s right to vary or alter the advertised programme. No refunds will be available if the programme varies from that advertised.

Tom’s view is that, by entering the festival through the gates where the terms and conditions of entrance to the festival were displayed, the Padma Appreciation Society had agreed that they had no right to a refund if Padma did not speak at the festival.

Apply the relevant law to the facts and explain whether Tom is correct in thinking that he has exempted himself from liability to refund ticket costs due to Padmaís absence from the festival.

Piri is a talented young chef who has recently published a recipe book that he wants to publicise. Tom agrees that Piri can do a cooking demonstration on a small stage in the food stall area at the festival. They agree that Tom will not pay Piri a fee for this show. Piri performs, as agreed. At the end of his show Piri announces that he has copies of his recipe book available for sale. The audience enjoys Piri’s show and a large queue of people forms to buy copies of the recipe book. Tom is concerned that the queue has blocked access to one of the food stalls and he tells Piri it was not part of the deal that he could sell recipe books after the show.

Piri argues that it was an implied term of the contract that he could sell recipe books after the show and he says that this term is necessary to give business efficacy to the contract.

Apply the test in BP Refinery Western Port v Shire of Hastings (1977) 180 CLR 266 (PC) to determine whether it was an implied term of the contract that Piri could sell his recipe books after his cooking demonstration. (20 marks)

Unlike most other websites we deliver what we promise;

GET 15 % DISCOUNT TODAY use the discount code PAPER15 at the order form. 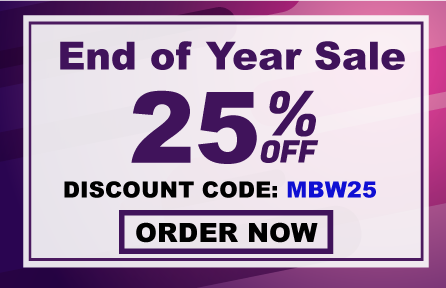